Early intervention is specialized assistance for children with a disability, autism, or other additional needs such as developmental delay. Once a child‘s requirements have been identified, early intervention should occur as soon as possible. It could involve therapies, supports, education, etc.

Research shows that early diagnosis and treatment of autism are more likely to have long term positive effects on symptoms and later skills. Autism Spectrum Disorder (ASD) can be identified in kids who are younger than 2 years old. Some kids with ASD whose development has been normal up to that point start to go backwards before or around age 2, this is called ‘Regression’.

Early interventions happen before preschool, as early as 2 or 3 years old. During this time, a young child‘s brain is still developing, which makes it more “plastic,” or easy to change, than when the child is older. Because of this, there is a better chance that treatments will work in the long run. Early interventions help children get off to the best possible start. It also gives them the best chance of becoming all they can be. The faster a child gets help, the more likely it is that they will learn and grow. Recent guidelines say that as soon as ASD is found, a developmental and behavioral intervention should begin.

What is the point of early intervention?

First of all, early intervention is usually universal. This means that anyone can get the therapies or help. Like help and advice from child and family health nurses, pediatricians, or general practitioners.

Then, once your child‘s condition is known, early intervention can be tailored to your child‘s and your family’s needs.

As part of early intervention, different kinds of therapies are used to help with these areas of growth. For instance:

Children often do better with more than one therapy. This kind of approach is called “multidisciplinary.” At different stages of growth, children often need different kinds of therapy.

Some families look into things like acupuncture or homoeopathy that aren’t the same as traditional medicine. If you want to learn more about alternative therapies, you should do a lot of research. Such things can help you figure out if the therapy is supported by science and if it’s worth your time and money.

Diagnosis: Why it’s important to get help as soon as possible

A diagnosis will help you choose the best early intervention for your child with a disability, autism, or other needs.

Your child‘s doctor might do a formal evaluation or refer you to a mental health practitioner for an evaluation. The evaluation should tell you about your child‘s current skills and any delays in his or her skills and development.

It’s fine if you don’t have a diagnosis or if experts can’t figure out what the difficulties of your child are. The doctor might say that your child is taking a long time to reach certain developmental milestones. Because of a delay in development, these milestones include things like being able to talk or move around. With this information, you and your child‘s pediatrician can figure out which early interventions will help your child the most.

Can autism be cured by getting help early?

Autism is a neurodevelopmental disorder, it is associated with the brain and how it develops. Autism shows up in early childhood. It makes it hard to communicate with others, make friends, and use language and abstract ideas.

The number of people with autism is going up. Estimates from the US say that one out of every 60 children has Autism. Even though we don’t have the exact epidemiological numbers, clinical data from India shows that the rate is about the same.

Autism is a condition that lasts a person’s whole life and has no cure. Recent research shows that the best possible outcome for children with Autism Spectrum Disorders comes from intensive early intervention.

Even babies as young as six months can show signs of Autism. The earlier you begin, the better!

At Daffodil Health, we help kids by giving them speech therapy, occupational therapy, behavior therapy, and special education. Through our Home therapy program, we also show parents how to help their child from the comfort of their own home.

Benefits of reading books to your child 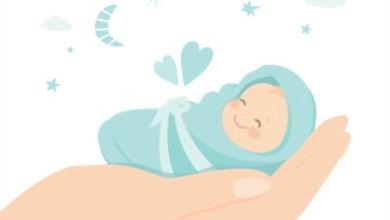