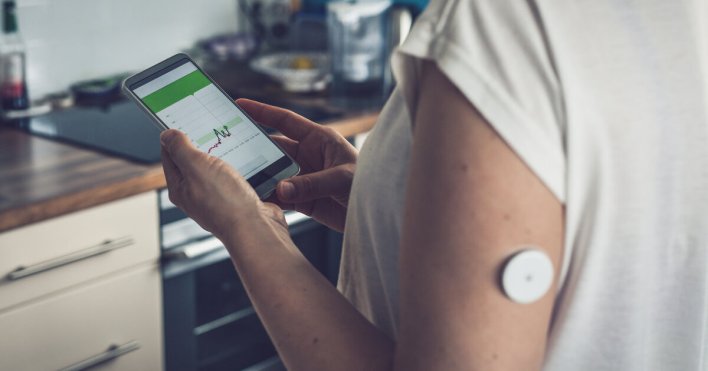 Researchers from the Indian Institute of Science’s Robert Bosch Centre for Cyber-Physical Systems have teamed up with doctors from MS Ramaiah Medical College to develop an artificial pancreas system that monitors and controls blood sugar levels in real time.

According to a press release, this system mimics the human body’s closed-loop system for regulating insulin production.

It has three components: a sensor, an insulin pump, and an Android app. The coin-size sensor with a tiny needle-like extension is stuck onto a skin like a patch and continuously monitors glucose concentration in the subcutaneous tissue. It is connected to an insulin pump that infuses insulin underneath a user’s skin. The smartphone app, which controls both the sensor and the pump, determines how much insulin needs to be injected into the body.

At the core of the mobile app is a model predictive control, an algorithm which the researchers found to be a good fit for their artificial pancreas system. Using the sensor’s data, it predicts how much insulin a user needs and interfaces with the pump to signal insulin infusion.

Early this year, the research team conducted a pilot study of the system involving 10 Type 1-diabetes patients at MS Ramaiah Medical College. During the trial, it was found that the use of the system helped four out of 10 participants to successfully keep their blood glucose level within the normal range.

Currently, the system runs over one meal cycle in a day. The researchers seek to make the system fully automated to work around the clock. They plan to use AI techniques to improve the app’s algorithm, and develop another app for caregivers to remotely monitor their patients.

Moreover, the researchers are working with Amrita University to develop a low-cost insulin pump with the aim to make the artificial pancreas system cost-effective and truly customised for Indian patients.

In 2021, around 74 million people in India had diabetes, according to data from the International Diabetes Federation’s Diabetes Atlas; this number is expected to increase to 125 million by 2045.

The artificial pancreas system was developed to help patients, especially those with Type 1 diabetes – an autoimmune disorder where the body’s own immune cells attack insulin-producing cells in the pancreas – to regularly take insulin and maintain their blood sugar levels to ensure it doesn’t go too low or too high, leading to further complications.

Health2Sync, a well-known player in digital diabetes management from Taiwan, has been working with Sanofi since last year to develop new insulin management solutions, including a titration alert feature to resolve the suboptimal use of insulin among diabetes patients in Asia.

Meanwhile, in 2019, researchers from Harvard developed a similar artificial pancreas system that can also help maintain or improve glycemic control.

In the same year, an automated glycemic controller device by US-based medical device maker Tandem Diabetes Care was given a De Novo clearance by the US Food and Drug Administration. It has algorithms that allow an insulin pump and its connected system to automatically adjust insulin delivery. Best Diabetic Diet Plan To Keep Your Self Fit And Healthy.